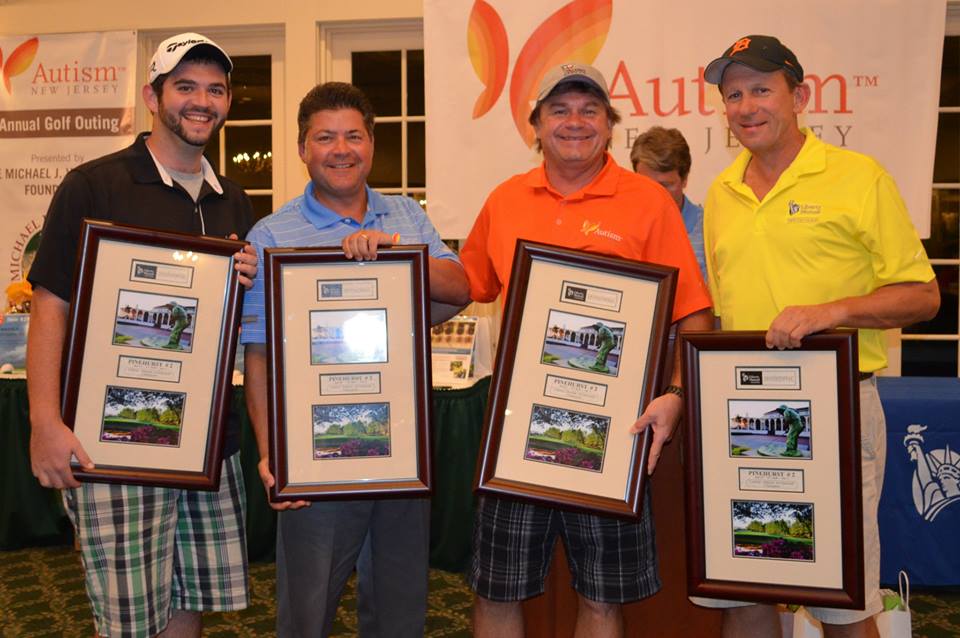 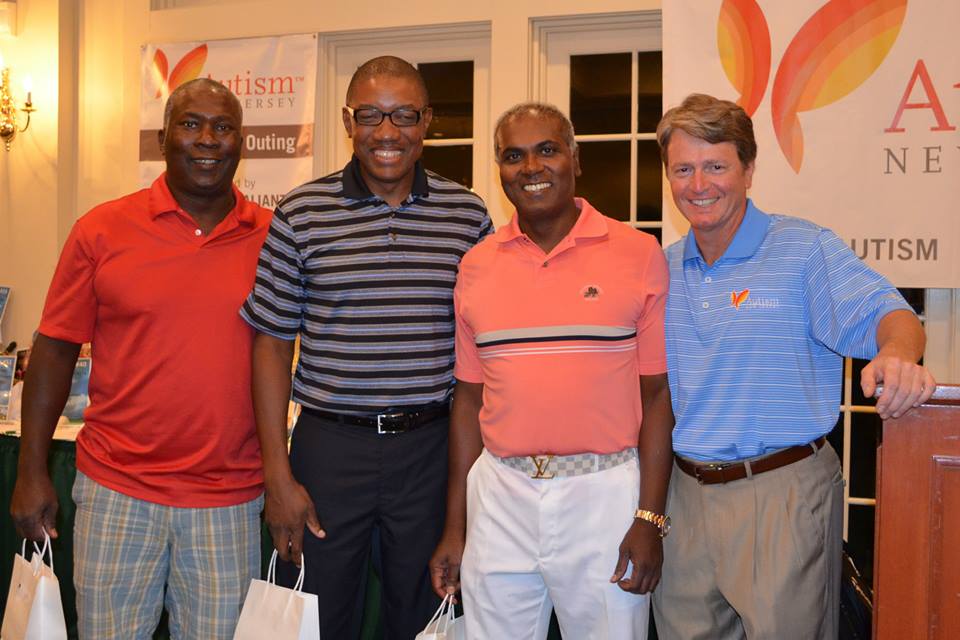 Every participant walked away with over $200 worth of prizes! In addition, the winning eligible foursomes (pictured above) won an opportunity to compete in the National Tournament at Pinehurst in March.  The event brought Autism New Jersey members, friends and representatives from the business community together in support of a great cause.  “Once again, the event exceeded our expectations,” noted committee co-chair, Steve Pellegrinelli,  “We are lucky to have such phenomenal supporters that turn out year after year,” added co-chair Kevin Doherty.

The day was capped with a dinner banquet that featured an impressive silent auction with unique prizes, including sports tickets and memorabilia, and one-of-a-kind experiences such as the opportunity to be involved behind the scene of an NBA game.

Special thanks to the dedication and hard work of the Golf Committee (picture left), staff members and volunteers who worked tirelessly to make this year’s event successful.  We also thank those golfers and supporters who continue to be involved year after year.

Since our first golf outing in 1999, more than $1 million has been raised via the event to support Autism New Jersey’s advocacy and outreach efforts on behalf of New Jersey’s Autism Community. Thank you to the sponsors, golfers, volunteers and other participants who made the 15th Annual Autism Charity Golf Outing a huge success!  For information on next year’s Golf Outing, contact Brynn Alberici, 609.588.8200 x21 or [email protected].