December 2012
Autism New Jersey prides ourselves on providing credible and reliable information to the autism community — parents, professionals, concerned citizens, government officials and the media.  Our new website, launched in December 2012, gives us a vehicle to do so.  We aim to provide the most comprehensive and accurate information.   Our newly designed site features better navigation and other useful features. Learn more>> 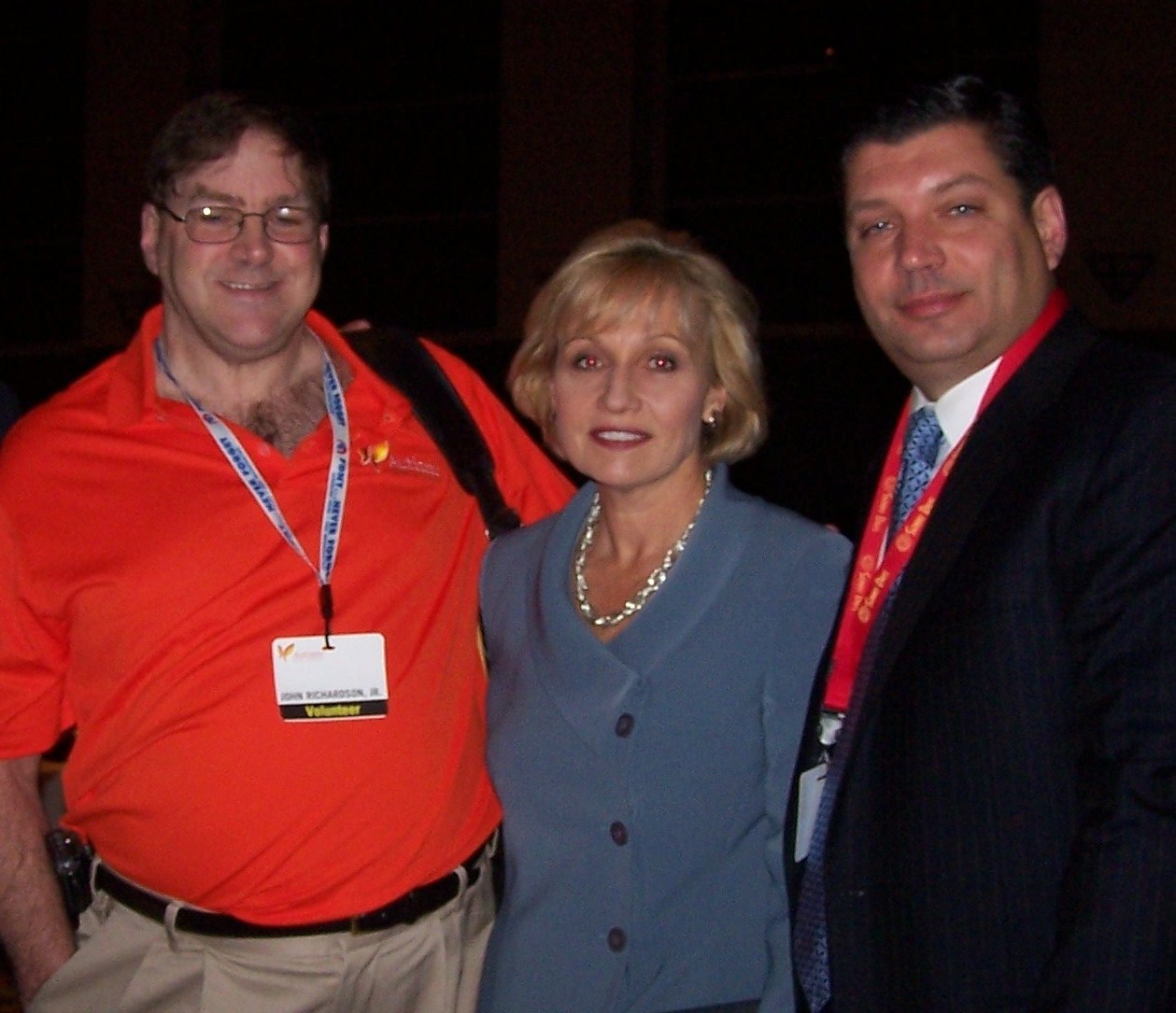 Lieutenant Governor Kim Guadagno attended Autism New Jersey’s 30th Annual Conference, October 11 and delivered remarks on behalf of herself and Governor Christie. She commended Autism New Jersey for its consistent advocacy of policies that will help  individuals and families affected by autism spectrum disorders. Guadagno’s inspiring remarks also served as a continuing call to action to those in attendance to partner with state government.

Guadagno outlined several steps the administration has taken over the past 3 years including the enactment of new laws and the pursuit of comprehensive policy changes. We look forward to working with the Governor’s office and key cabinet agencies to bring about positive change in the community.

October 4, 2012
The Christie Administration today announced that it has received approval from the federal government to move forward with innovative Medicaid reform that will result in more care for New Jerseyans with autism, while at the same time reducing long-term costs to the state. These reforms, contained in what is known as the Comprehensive Medicaid Waiver application, were initially outlined by the Administration in September 2011.

Among the most significant reforms approved were New Jersey’s proposals to deliver better care, efficiency and coordination of services with a strong focus on providing community-based and in-home services rather than institutionalization. This is being accomplished through three key reform elements: expanding existing managed care programs to include managed long-term services and supports for seniors and individuals with disabilities; simplifying eligibility for long-term care services; and implementing programs for children and adults with developmental disabilities.   Keep reading>>

August 17, 2012
In an OpEd article provided to Autism New Jersey, Commissioner Jen Velez noted the efforts of the Christie Administration and DHS to support community living for individuals with developmental disabilities. Two developmental centers are slated to close in Totowa and Woodbridge within five years, with residents moving mostly to community placements. Autism New Jersey supports this initiative and will continue its advocacy with legislators and policy makers in government to increase innovative solutions to the long waiting lists for residential placements for individuals with autism.   Keep reading>>

August 9, 2012
On Thursday, August 9, 2012, educators, advocates and policy makers gave testimony on the special education system in the state. Senator Teresa Ruiz, the chair of the Senate Education Committee asked for an “open and frank discussion about special education in New Jersey,” and set the example by declaring that she and her legislative colleagues have much to learn about the subject. In June, she was chief architect of a new tenure system for teachers and principal that won a rare unanimous approval of both the Assembly and Senate. Gov. Chris Christie signed the bill on August 6th.

Among those providing testimony were representatives of the Department of Education, educators from special education programs, parents, the Education Law Center, Autism New Jersey and the Coalition for Special Education Funding. The extended hearing went well beyond the time allotted for the session.

Autism New Jersey presented six (6) recommendations. Click here to download a transcript of this testimony. We will continue to work with Senator Ruiz and the Committee to improve the experiences of families affected by autism that are impacted by special education. 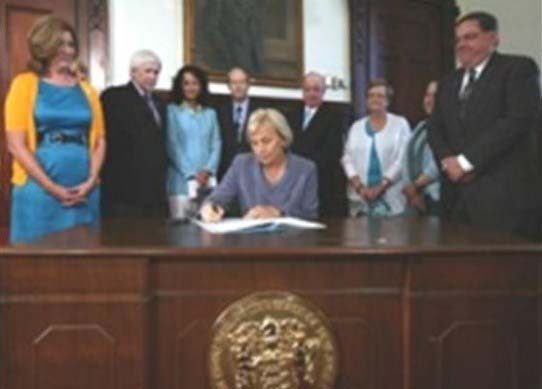 On July 12, 2012, Acting Governor Kim Guadagno signed into law P.L. 2012, c.20. At an invitation from the Governor’s Office, Autism New Jersey Public Policy Director Robert Titus, and Coordinator of Public Policy Deb Charette were invited to observe the signing. This bill requires school buses transporting individuals with disabilities to use flashing lights and establishes penalties for drivers who fail to yield. Keep reading>>

H.R. 6084 to provide tax credit for professional development in autism

Congressman Chris Smith accompanied by his Public Policy Director, Jeff Sagnip, visited Autism New Jersey on Friday, July 6, 2012. Upon doing so Congressman Smith used the occasion to announce that he would be re-introducing the “Teacher Education for Autistic Children (TEACH) Act of 2012” or the “TEACH Act of 2012” in the House (Washington D.C.). Congressman Smith has been a longtime active advocate for individuals with autism. Autism New Jersey was honored by his choice of venue for this announcement.

On Monday, July 9, 2012, H.R. 6084 was introduced to the House and referred to The Committee on Ways and Means. H.R. 6084 is a bill to amend the Internal Revenue Code of 1986 to provide a refundable tax credit for the expenses of education and training related to autism spectrum disorders in an effort to increase the number of teachers with such expertise. Keep reading>>

Research and Treatment of Autism within the New Jersey Department of Health and Senior Services (DHSS) has named Montclair State University as the Autism Center of Excellence (ACE) Coordinating Center. Dr. Caroline Eggerding, Chair of the Governor’s Council, made the announcement at an event held this morning at the Ben Samuels Children’s Center. First Lady Mary Pat Christie attended alongside DHSS Commissioner Mary E. O’Dowd, Montclair State University President Dr. Susan Cole, and other members of the Council. Keep reading>>

Governor Christie noted: “How we care for individuals with developmental disabilities is a fundamental issue. Let’s serve this population better.” The Governor and the First Lady have pledged to make the needs of adults with autism a priority and a personal commitment in 2012. Autism New Jersey continues to work closely with the Governor’s Office on these and all issues for the autism community.

State Senate bill S2928 was drafted to increase community participation in the decisions made by the state concerning the closure of developmental centers such as Vineland and North Jersey. For many years, the New Jersey developmental disabilities community has advocated for community-based living rather than developmental centers (institutions). But closing Vineland, some say, will have a much greater impact on the local community than closing another center.

Gov. Chris Christie on January 10th, 2012 signed this bill, which creates a five-member state task force — three members hand-picked by the governor, with the other two nominated by the Senate president and Assembly speaker and later approved by the governor — to review all of New Jersey’s seven developmental centers and make recommendations on where closures can be made with the least amount of pain to local communities. Vineland Developmental Center was designated for closing in the 2011-2012 state budget before this latest event, noted Senator Jeff Van Drew of Cumberland County. Keep reading>>